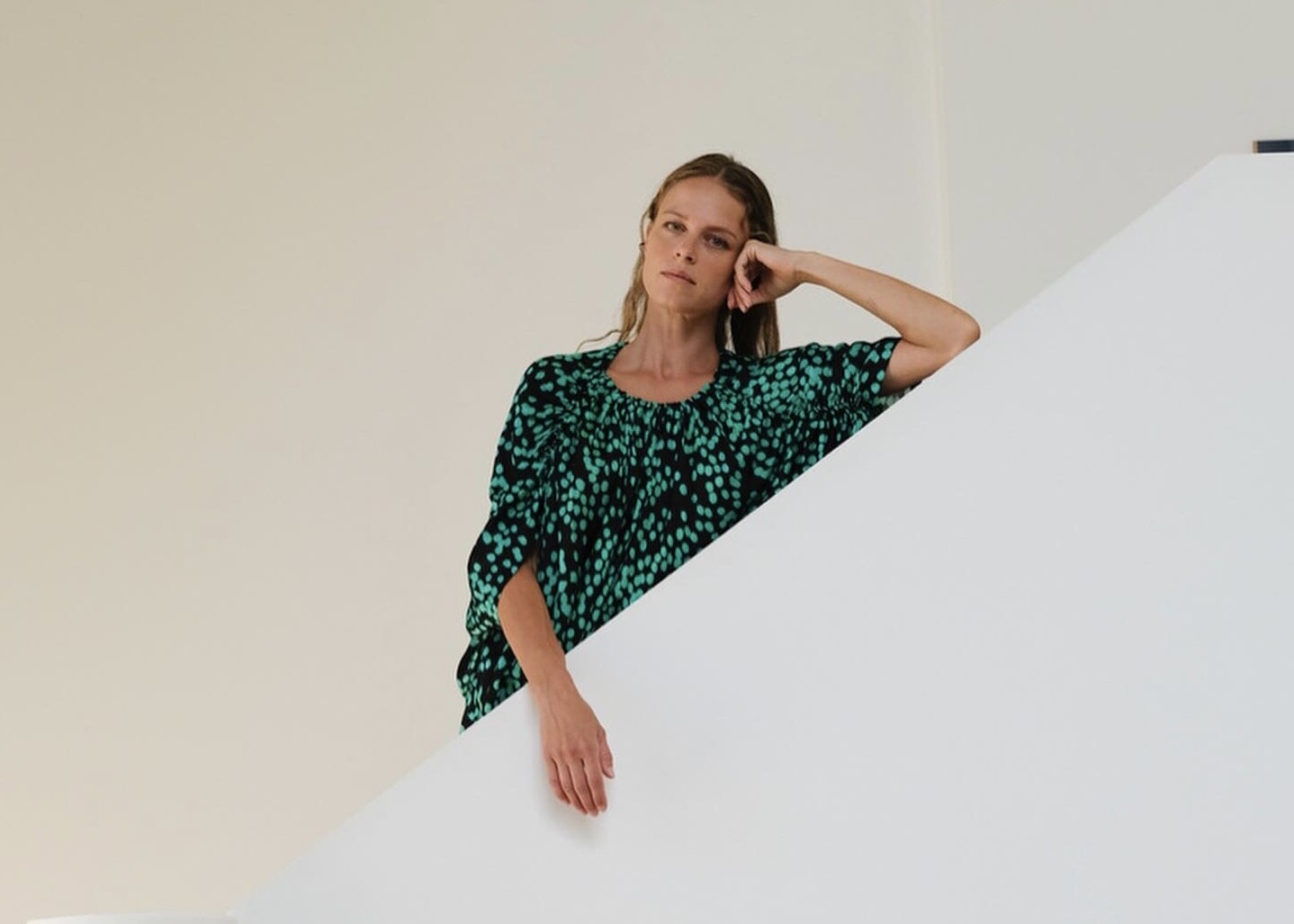 At the age of fourteen, Christian Wijnants already dreamed of a career in fashion. But was it really meant to be?

So, for safety's sake, he chose the more classical studies such as Latin and mathematics. In the meantime, he kept a close eye on designers like Dries van Noten and Martin Margiela. They inspired him and finally Wijnants took the plunge; he moved to Antwerp with an old knitting machine he had found in his parents' attic.

In 2000, he graduated from the Royal Academy of Fine Arts in Antwerp. A week after the final show, he was personally called by Dries van Noten and asked if he would like to work for him, a dream came true.

After having worked for Dries van Noten for 3 years, it was time to sail his own course. In 2003, Christian Wijnants starts his own brand and shows his ever impressive collections at the Paris Fashion Week. Wijnants has a clear own style and is known for his fresh colours, hand painted prints and innovative knitwear. His designs are elegant and wearable and he loves flowing lines. For the latter, Wijnants makes frequent use of the moulage technique; new silhouettes are created while draping the fabric on a doll. His love of nature, art and architecture is also evident in every collection.

‘I love the soft, the romantic; the poetic and refreshing.'

Fashion is teamwork and no designer gets the job done alone. And although Wijnants is still struggling with the current fashion calendar and his crazy schedules, he is happy with the four collections a year. By the way, the pandemic has caused the designer to look more critically at his own work and it has made him decide to make the collections smaller. It was a good time to take a critical look at the fashion system, according to Wijnants.

Beautiful colours, hand-painted prints and refined knits. Christian Wijnants is at his best when he can play with colours and prints. He walks his own path and above all he designs what he likes. I love the soft, the romantic; the poetic and refreshing. But it's up to each woman to decide how she wants to wear a garment,' says the charming designer. Seems like a good starting point to us.